Having been banned from her national team for being 'too beautiful' Sabina Altynbekova has built a solid career in the Middle East.
Height
5'11"
182cm
Birthplace
KAZ
Aktobe
Age / Birthday
25
5 Nov 1996
Follow 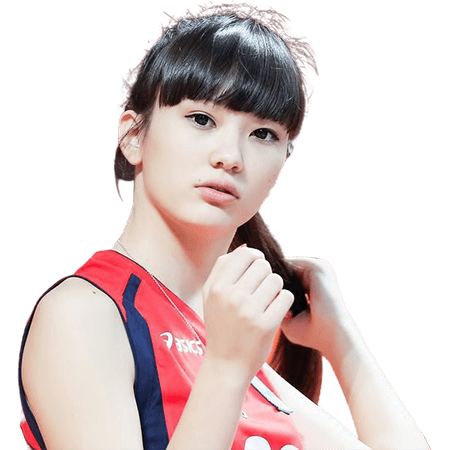 Sabina Altynbekova enjoyed a rapid rise to fame as a volleyball player, although her career has since become somewhat lower profile. Born on the 5 th November 1986 in Aktobe, Kazakhstan, she was just 17 when she found fame representing her national team at the 2014 Asian Junior Women’s Volleyball Championship. The young Kazakh side progressed through the first pool stage but were eliminated by Japan in the Quarter finals, finishing an eventual 7th overall.

Following her initial success, Altynbekova built up a huge fanbase and was signed to Denstu sports agency in 2015, the first time a non-Japanese athlete had been signed up to the company. She joined the GSS Sunbeams in Tokyo, who were playing in the Japanese Challenge League II. She only spent a short time in Japan, though, before returning to Kazakhstan due to illness and playing for Almaty full-time for a season. However, this wasn’t enough to get her into the Kazakh women’s international volleyball side for the 2018 World Championships.

She then moved to Dubai and signed for Al-Wasl club. She now plays for Al-Wasl during the Dubai season, returning to Kazakhstan to play for Almaty the rest of the time.

Sabina Altynbekova – Too Beautiful for Volleyball?

When she first made her debut in the Asian Junior Women’s Volleyball Championship, Sabina Altynbekova immediately built up a huge fanbase. With over 800,000 followers on her Instagram, fans from across Asia have clearly become enamoured with her good looks. But it appears that the extent of the attention got the better of Altynbekova, and her coach. While one media outlet claimed she was too good looking for volleyball, several others reported that both the player and the coach had pleaded for people to stop over-focusing on her looks, and instead to watch and enjoy the sport.

Since her early fame, Sabina Altynbekova has launched her own sports fashion brand, S20. But other than her Instagram, she has remained out of the media spotlight for several years, perhaps owing in part to her not participating with the Kazakh national volleyball team at present.

What does the future hold for Sabina Altynbekova?

For a player that showed so much promise at such a young age, Sabina Altynbekova’s career has been quite low key for the last few seasons and her failure to succeed international level has led to questions over whether she was a beautiful flash in the pan rather than a serious player. However, with her current schedule, she will surely be hoping to force her way back into the Kazakh women’s volleyball side. Unfortunately, though, the team has not qualified for the rescheduled Tokyo Olympics in 2021.